Max and Fang are married and have a little girl named Maria. The Flock now live in a nice house in Virginia, and the younger kids go to a nice school. Life is good. What happens when Maria gets kidnapped by the School?

Author's Note:
Since this fan fiction was imported from the old Maximum Ride Fan Fiction Wiki, and the story it will be continued by Shadow E. Bobcat.

I opened my eyes groggily.

I looked at the clock. It was seven in the morning.

I hid my head under the covers and tried to go back to sleep. But whatever it was that giggled was shaking me.

It was Maria, my three-year-old. I only now remembered that she had crawled into bed with us last night after she had a nightmare.

Unlike me, she was a morning person.

"Quit being so hard on her," I tried to reason.

I ruffled my daughter's wavy hair. Maria mostly took after me, in personality and appearance (only she had dark blonde hair like her mom), so unlike Max she was somewhat nice. She was quite a bit more hyper than me, though. But she was only three.

She seemed to think it was funny, and unfolded her black wings and flew away.

She just ignored me and flew off, laughing her head off.

When kids like Mar acted like that, they were just trying to get attention, right? So...was I supposed to ignore her or something?

I went downstairs and got breakfast. Then, suddenly I heard yelling outside.

Next there was an ear-splitting scream.

I ran outside and saw the most horrific sight possible: an Eraser with Maria.

But...but how! Erasers were supposed to have gone extinct!

I unfolded my wings and attacked the Eraser. It dropped Mar, but then grabbed me. Just as I was about to lunge for my little girl, another Eraser caught her.

Great. Now they had me, I couldn't get Maria, and on top of all that they still had her. I really hated being the damsel in distress.

Max and Angel came running out. They flew up and I managed to squirm free, but we couldn't get Maria in time.

Thanks to our enhanced vision, we had to watch them fly away with her. Too high up for our part-human lungs to stand - my little girl was probably about to suffocate.

After she had woken me up, I had sort of fallen asleep again. That was until she screamed.

"What? Maria, where are you!" I screamed.

I ran down the stairs and looked out the window, only to see Erasers and Maria outside. Mar never saw Erasers before. She's only three, after all.

Angel staggered down the stairs. She was still in her pajamas. "Erasers are here. Maria is outside!" Angel said urgently. "Fang's in trouble, too!"

We ran outside, only to see the Erasers fly away with my little girl, with Fang battling an Eraser himself and staring hopelessly after her. They're too high, Angel told me. She can't breathe.

Shock ran through my whole body. I jumped up and tried to fly up to get her, Fang finally struggling free from his Eraser, but Angel was right. "No!" I screamed.

Great. Now I had to watch my little Mar get carried away, just like they had taken Angel so many years ago. "Can't we do something?" I asked. "Like, follow them lower or something?"

Just then Gazzy and Iggy came out. They looked confused.

"What's with all the commotion?" Gazzy asked.

"I heard screaming," Iggy said. "Who was screaming?"

Gazzy looked incredulous. "Aren't we going to do something about this?"

"Where are they taking her?" Iggy asked. Still, the look on his face told us he already knew the answer.

"Ig, they're taking her to the School," I grimly replied.

Fang looked really angry. "Angel, go wake Nudge. I can't believe she slept through this nonsense. If it takes going to the School to save Maria, then so be it."

"Fang," Gazzy asked. "Are we really going to the School?"

When she woke up, it was dark. She vaguely recognized the bars on the cage. Mommy called these "dog crates," right? Maria curled into a ball and started to cry. I'm at the School!

Maria tried to go back to sleep, but the door opened. Light streamed in from the hallway.

"Yeah, this is it." Two whitecoats walked into the room. "The perfect variable for our tests. This will have the mommy bird calling."

"Wow," the other whitecoat said. "It talks!"

"Told you," the first whitecoat answered. "She's smart." That whitecoat came over to Maria's cage. "She's my granddaughter, after all."

The second whitecoat left. "Who are you?" Maria asked.

"I'm sure your parents talked about me." He smiled. "I'm Jeb Batchelder."

We left after lunch. We all agreed that being full was important, and the school was pretty far from Virginia. Still, the prospect of going to the School of our own free will was scary as the time we rescued Angel.

"It's going to be alright, Max," she reassured me. Angel acted so grown up for a twelve year old.

"I know," I responded. "But still, we are going to the School, with anesthetic smell everywhere..." The chance of seeing Jeb lie to my face again, the prospect of being captured and experimented on, a lot of things were wrong about going back to School. And to see all the new experiments.... Maybe this wasn't such a good idea after all.

"Hey, great leader. Are we ready yet?" Fang's eyes twitched slightly, his version of being completely nervous. So was I. Wouldn't you, if your daughter had been captured by sycophantic genetic scientist who only wanted to cut into you and find out what was so special about you?

"Yes. Let's do an up and away." I unfolded my own pair of brown and white wings. Rarely did I ever have to hide them anymore, but completely unfolding them was awesome. I looked behind me. My flock was ready, minus Total, who wanted to stay behind, saying he was too old. Hadn't been that many years, but I supposed a dog aged faster than humans, even human-avian hybrids. That was fine with me.

I jumped into the air, followed by Fang, Gazzy, Iggy, Nudge, and Angel. No matter what, we were going to get Maria back. She's my little girl, and just like I wouldn't leave Angel behind, Mar was going to be rescued. Starting now.

Maybe we are out of shape, but just getting to Texas took the rest of the day. Alright, I'll admit I haven't been flying long distance like I used to, but I never thought I could get so bad at it. Anyway, back to the action.

In Texas, we stayed in a Motel room. Unlike the early days, Fang and Nudge have jobs, so we actually have money. The most awesome feeling since Maria was born.

The room wasn't all that great, and the door only had two locks, but I tried to edge off the feeling of fear. Of course, I didn't want to be captured and put in an isolation tank and get replaced by a Max III, but at the same time I knew I killed Jeb, and I knew they already got what they wanted – my daughter.

Fang settled in the tiny twin sized bed, and I snuggled next to him. "You think we'll make it?" Fang asked. He seemed to doubt me, and I knew why. After Dylan died, he seemed to think that I would let him down. Which I would never. But I know some feelings never go away.

"We'll get Maria back. I promise. Now go to sleep silly one," I teased, but inside, I still had this feeling of dread, like there was something wrong. Most of you would probably shrug this type of thing off, but the thing is, I've never been wrong.

Maria fell, her blond hair floating around her head. "Don't die, just fly!" I screamed, but it was too late. Maria landed in the fire, and screamed, "Max, there's no toilet paper!"

"WHAT?" I yelled, jolting awake. I realized Gazzy is in the bathroom, and how much of a problem no toilet paper meant.

"I'll go ask for more," I told him. "Stupid cheap motel," I muttered under my breath. Sadly, we didn't make enough money for anything better.

After that we checked out of the motel and went to the Denny's across the street to have breakfast. There was this awesome meal where you got to have as many orders of pancakes as you wanted, and you only have to a little extra for any over 4 orders, so we all got that. After breakfast, though, was when the real commotion started.

Nice and full, we jumped into the air, flying towards California. We were planing to get there by late afternoon, though I knew this was really optimistic.

I looked down, watching as the mountains started to show in the distance. I was really optimistic about our speed.

"Max, are we really going to make it there in time?" Gazzy asked, looking extremely tired. "I need to take a break." Yes, we definitely have been out of shape.

"Gazzy, sweety, if we take a break now, we won't make it in time," I replied as kindly as I could.

What would Maria want you to do? my voice, well, Angel, asked. She asked me that every time anyone complained and I resisted.

Ange, she would probably want us to hurry up and SAVE HER! I though. Loudly. I looked behind me and Angel looked hurt. Fine, we'll take a short break. But a really short one.

"Gazzy, as soon as you see a McDonald's, we'll land. But only for twenty minutes. We'll grab a bathroom break and maybe a burger," I said.

As soon as I mentioned McDonald's, I realized exactly how hungry I was. Wow, Max, you really have to get back into shape if you're going to go around saving the world, I chided myself.

Go easy on yourself, Angel replied. You have been away from this saving the world thing for three long years.

Get out of my head! I nearly shouted. 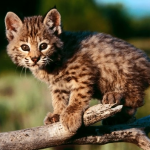 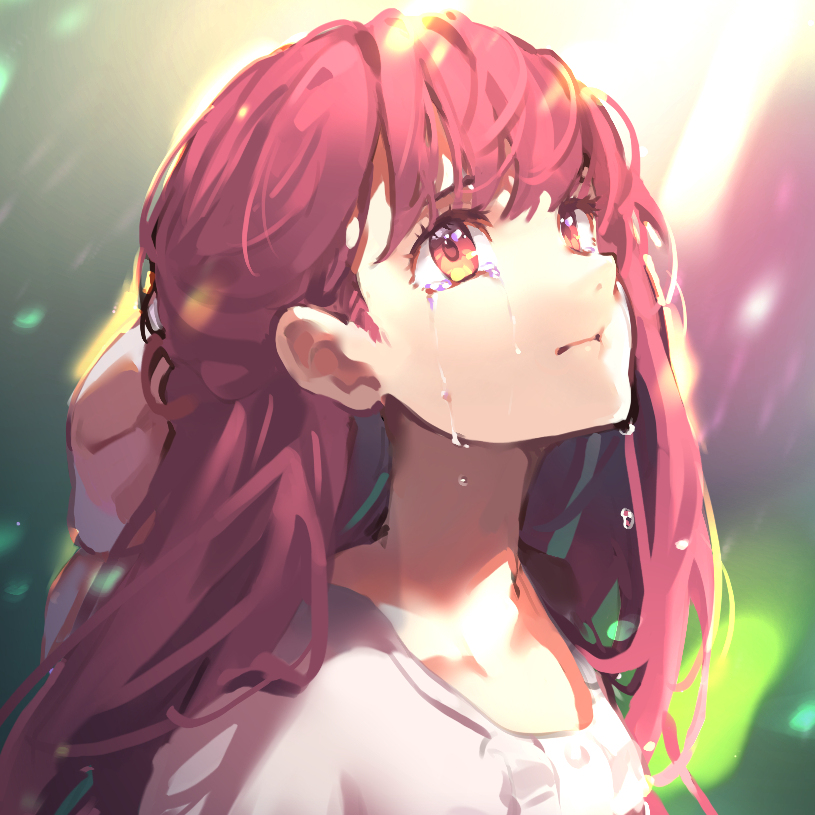 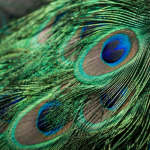